GET THE LED OUT

SELLS OUT THE DEL LAGO CASINO and RESORT

On Saturday November 18, 2017 the ultimate Led Zeppelin experience, Get The Led Out

rolled into Waterloo, NY and performed a solid blistering 90 minute set of classic Led Zeppelin songs in front up a pumped up sold out crowd at the Vine at Del Lago Casino and Resort. Having toured extensively throughout North America in 2017, GTLO made their way to the Finger Lakes region for their debut at this astounding venue.

As explained on their website Get The Led Out Biography Page

“Get The Led Out is a group of professional musicians who are passionate about their love of the music of Led Zeppelin. It’s been their mission to bring the studio recordings of “the mighty Zep” to life on the big concert stage. This is not an impersonator act but rather a group of musicians who were fans first, striving to do justice to one of the greatest bands in rock history!”

Founded in 2003 GTLO brings Led Zeppelin’s mega catalog to life night after night in front of sold out crowds across America. Hailing from Philadelphia, PA, “The City of Brotherly Love”, these seasoned musicians are no stranger to the road, touring and performing throughout the United States year after year. With a stage packed left to right with impressive mind-blowing gear, including vintage Marshall stacks, vintage guitars, drums, effects and even a tape loop machine and vintage Theramin, these guys have the look, and more importantly, the classic vintage killer sound, as well as an unparalleled production. The sound and light show of a GTLO experience can be described as jaw-dropping and extraordinarily top notch. Front-man and lead singer Paul Sinclair shares “People wonder why there are six of us up here on stage. Led Zeppelin had only four members. It is because we are fans of Led Zeppelin, just like you are. We want to bring Led Zeppelins music to the fans the way it should be heard. The music you hear on the album can not be replicated live as there are many overdubs and loops going on on the albums” He further stated that “We don’t consider ourselves a tribute band, but rather just fans of the great Led Zeppelin“; And what great musicians and songwriters these guys are. If most of the sold out crowd at the Del Lago didn’t appreciate the classic and vintage gear these guys used live which lended to their unmistakable sound, they certainly appreciated and knew the music as they sung along, cheered and clapped from the beginning to the end of their 14 song set. Some songs on the set were definitely epic jams such as “Babe I’m Gonna Leave You”, “Kashmir”, and “The Battle of Evermoore” which featured Diana DeSantis on guest vocals.

You can view a clip from the show at the following link:
GTLO Performs Kashmir 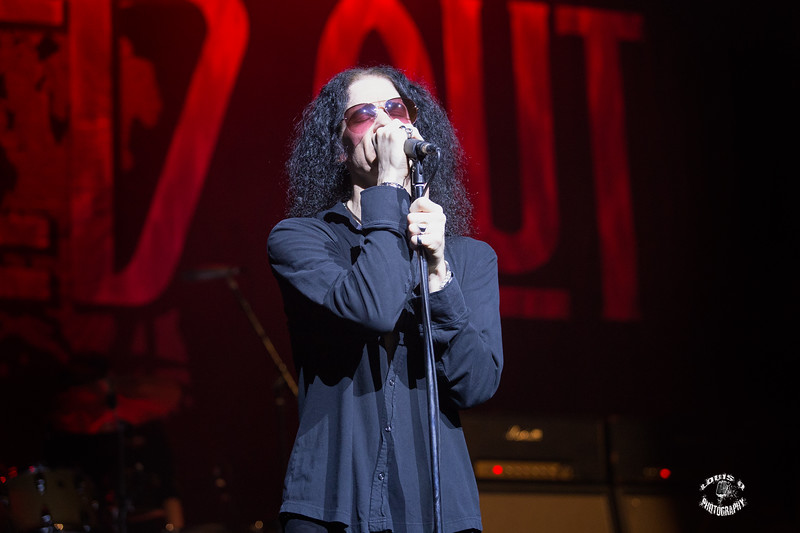 Get The Led Out’s lineup of Paul Sinclair (lead vocals, harmonica), Phil D’Agostino (bass, vocals), Adam Ferraioli (drums), Paul Hammond (guitar, acoustic guitar, mandolin), Jimmy Marchiano (guitars, acoustic guitar, vocals), Andrew Lipke (keyboards, guitars, vocals) and Diana DeSantis (guest vocals on The Battle of Evermoore) have all been involved in the music industry in one way or another, with some going back to the 1980’s. Whether it has been playing in national known acts over the years, working with major record labels and producers, composing, arranging, film work, educating or producing, they all are seasoned veterans of the music industry and playing live. They always seem to be pushing the boundaries and breathing new life into Led Zeppelin’s music. Their diversity and growth can definitely be heard throughout their different Zeppelin setlists each night. 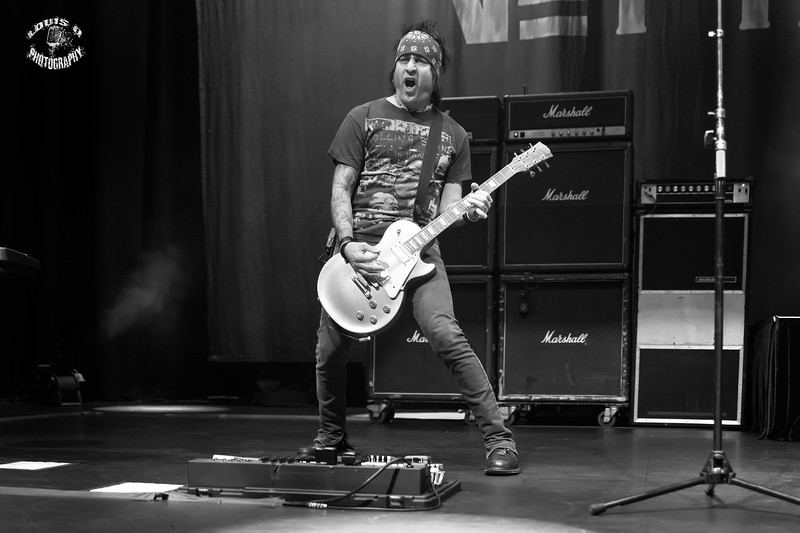 Get The Led Out hit the stage at 8:00 pm and played a fourteen song set which lasted until just after 9:30 p.m. The crowd was on their feet for the entire ninety minutes, some even waiting for the after show VIP meet and greet. Get The Led Out started of the set with “Rock and Roll”, followed by “How many More Times” and “Good Times Bad Times”. GTLO continued throughout the night playing many classic Zeppelin hits, including some classic acoustic songs utilizing the amazing virtuosity of Hammond, Marchiano and Lipke playing some stunning vintage guitars. Get The Led Out left Watertown, NY not so much dazed and confused but definitely mesmerized and wanting for more as they put on a hell of a show for all the Led Zeppelin and their own fans. I am certain they made many more fans last night as well and this won’t be their only show at the Del Lago in Watertown. They will most likely be back to entertain another sold out house soon.

Please check out GTLOrocks official and photo galleries at bottom of article.
GET THE LEAD OUT SET:
Rock and Roll
How Many More Times
Good Times Bad Times
No Quarter
Babe I’m Gonna Leave You
Ramble On
Dazed and Confused
The Battle of Evermoore
Moby Dick
Thank You
Over the Hill
Kashmir
Stairway to Heaven
Whole Lot of Love

GET THE LED OUT:

PHOTO GALLERY:
Get The Led Out Photo Gallery