photo editing, creating artwork, composites or templates, I never really gave much thought to using, or let alone, ever purchasing a Mac. Granted, I do own Apple products like my iPhone and my iPad and have overall been very happy with their capabilities, syncing between other iProducts and the world of pretty cool apps, music, calendar’s, etc. But in terms of RAW processing power, speed and capabilities my PC has always been my workhorse. When I first started out in the photography business I owned Dell systems that for me, at the time, seemed to do the trick. I quickly learned however that with all the programs I was attempting to run on the Dell’s including Lightroom, Photoshop, Nik Software and Photomatix among others, that I was quickly bogged down and would wait what seemed like an eternity to effectively process one photo, let alone batch processing. I would never have been able to create intricate photo-art or composites such as these on the old Dell systems circa 2008. 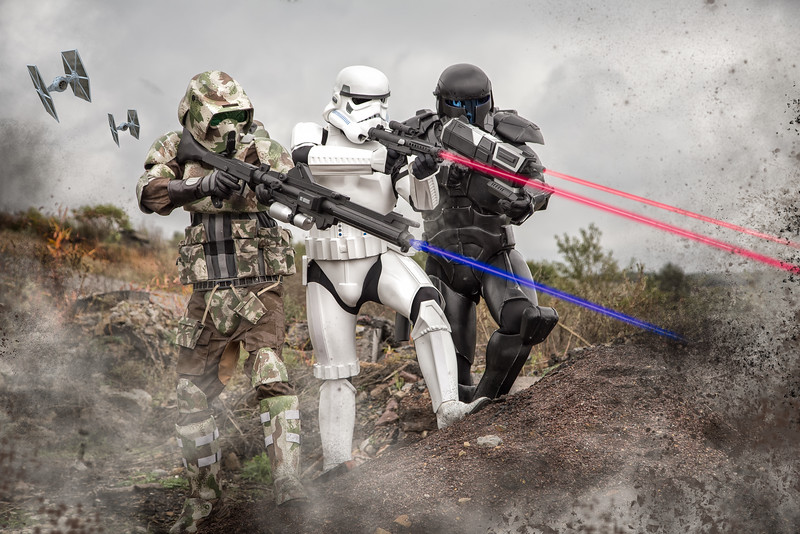 Around that time I became reacquainted with an old friend from my band days, A.d. Wheeler. He was also getting serious into photography and was really into a technique that at the time was new to me. High Dynamic Range photography (HDR). We spent some time hanging out and going on shoots together where he introduced me to the basics of HDR and processing. More importantly, he introduced me to the world of high end custom PC’s. Andy is a wizard when it comes to everything PC, from programs, software, coding, and building custom machines from ground zero. He knew and still knows more than anyone I know about PC’s and photography software. He has been a Photoshop user since day one and knows more than the folks at Adobe I would bet !!
He sold me my first real powerhouse PC after he build a new one after aoutgrowing his. I had NEVER experienced the power of a machine like that before. Yeah, I was blown away.
Not long after that, Andy and I partnered up and started the high end photography company Studio X Imaging and from there I learned tons of editing, processing, computer skills from Andy as well. But most importantly I learned to think outside the box not as a photographer, like all the other photographers, but to think more as an artist and a creative. Through his guidance I was able grow as an artist and began focusing on more creative photoshoots, composites and travel photography.
I too eventually outgrew my first PC that I acquired from Andy and was able to pick up a new turbo charged PC from him about three years ago when he was upgrading again as well. I never looked at those killer machines as hand me downs by any means. I mean, he completely reformatted and installed all the tools I would need for the work I was doing. With these machines, I dove into Photoshop and spent countless hours practicing and learning the tools along with Lightroom, Topaz, Nik Software, OnOne and more. My machine could handle it all with ease. Andy continues to provide support, education, tutorials and killer tools at very reasonable cost for creatives to use. Please check out his page and photo-tools below:
EXPLOROGRAPHER PHOTO TOOLS

Out of the box I immediately fell in love with the sleekness and lightweight caliber of this machine. It was a beauty and very easy to set up from the get go. I set up my personal preferences, calibrated the monitor to my liking, however I must say the retina display is pretty mind blowing on its own. Once I had the MacBook Pro set up to my preferred specs, I installed the Creative Cloud with Photoshop and Lightroom, Nik Software, and Topaz Suite and was surprised at how little space the programs ate into the hard drive space. Once everything was installed I fired it up and was pretty much blown away at the speed of the programs, even when running two or three simultaneously.
Now I had to get out on a shoot and really put this machine to the test in a real life scenario. Within a few days my girlfriends daughter agreed to go out on a shoot so I could have some images to practice with after another great friend showed me how to work with Lightroom catalogs on external drives. Here are a few images from that shoot and a few from my daughters junior prom after editing on the MacBook Pro using the above programs.

I also love the fact it has two USB 3 ports, two thunderbolt ports, an HDMI port to connect an external monitor if working from my home station and an SDXC slot to import photos directly into the laptop which is a plus at events or concerts. The battery life has proven decent, lasting up to 9 hours with basic use however does suck the juice some with heavy processing. It is very cool also that I can listen to all my Apple Music with the built in speakers or with headphones and edit away while listening to my favorite playlists.
While waiting for my new desktop PC build, this MacBook Pro has proven to be a portable workhorse capable of handling my current workflow with speed and ease and I have found the learning curve both fun and rewarding. I have found some exciting new Mac friendly programs as well that I will discuss later in this blog post. This composite was created entirely on the new MacBook Pro.

After owning the Mac for about two weeks, I received the call that my new desktop PC was finished and I could come up and begin installing programs and recovered data from the previous hard drives. Again, I was blown away with the specs of my new PC. Included in the build were Nvidia GTX 1070 video cards, Intel Core i7-7700K 7th Gen Processor, 256 SS Drive, two WD Black 2T hard drives, Aorus Z270X Motherboard, 32G RAM, Corsair Water Cooling system, A killer looking Corsair glass case with badass looking LED’s that change colors and pulsate, along with some other cool ditties. Once the PC was home, we installed the programs and software, hooked it up to my dual monitor display and fired the beast up. Aside from the Windows 10 OS which I am not a fan of with its constant updates and finicky nature, It is amazing. It is super fast, super clean, super sleek and super capable.
So within two weeks of purchasing my MacBook Pro, which I am writing this blog on at the moment, I now have a killer MacBook and a killer PC. The question is……Do I keep them both and allow my brain to jump back and forth with remembering the commands on each system OR do I sell my brand spanking new PC and go with a beefed up iMac 27 ? The jury is still out. But I am more than happy that I am back to work and have two amazing go to options when it comes to my workflow. Seeing I am not home a lot due to travel, concerts or hanging at my girlfriends house, the MacBook has been serving me well.
It has had a few glitches along the way, a couple of freezes and some hiccups with software lag, which was remedied with the newest Creative Cloud update for Photoshop. But a quick restart solved all of the glitches with ease and I am happy to edit on the fly. I am not sure what I will do yet, I may . be a cross between guy and use both, or stick with Apple. It is too early to tell. I was told by another avid PC to Mac convert, to give it a few months. I think I will. At any rate, neither machine will get super worn as I can switch between the two and give the other a break. It seems however, I have been working more on the MacBook since I have not been home much in the last couple weeks. It has served me tremendously well. Since beginning this blog I shot a quick Prom session and edited on the fly using LR, PS, Nik and my new favorite program from Macphun, Luminar. Here are a couple shots from the Senior Prom shoot May 6, 2017. 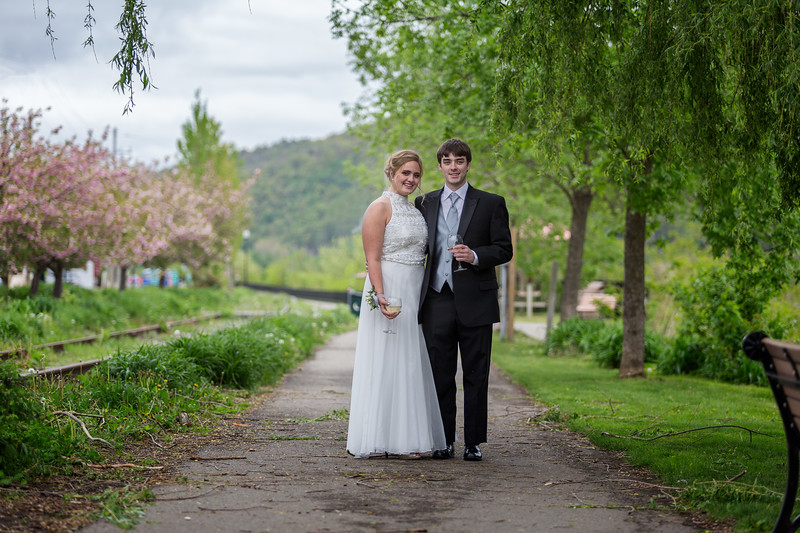 These photos were all edited within a half an hour. First I created a new lrcat in Lightroom on my external hard drive and naming it, then I imported all photos directly from the SD card reader on my MacBook into the named catalog on the drive. I batch edited all photos with lens correction, white balance and sharpening then individually opened each photo in Photoshop to remove unwanted objects and open plugins from Nik and Macphun to add desired effect, finally exported back to Lightroom and saved as Jpeg images to upload to my website gallery.
I have lots of experience with PS, LR, several plugins and am offering private tutorials on my workflow, photoshop, lightroom, creative use of plugins, actions, etc and how to create personal actions and presets as well. I am new to Macphun products having become an affiliate just about a week ago. But I have been super impressed with the functionality and ease of Luminar mostly and its possibilities for future photo editing. I will be heading out soon for a weekend of landscape shooting and will dedicate processing to Luminar and post my review, specs, flow, etc. soon in an upcoming news/review blog. Til then, check out Luminar for yourself. I will link the page below the Luminar banner. Use code lqmacphun for $10 off the product as well !!

Here is a link to this killer Mac software:
MacPhun Software

I will be quite busy in the next few months from June-August with several concert, band promo and reviews coming up including a photoshoot with Saliva, Concert reviews and shoots with Shaman’s Harvest, Nickelback, Daughtry, Foreigner, Cheap Trick, Bonham’s Led Zeppelin Experience, Bon Jovi. Then I will be planning a two week photo-trip out west to re-visit the wonders of Wyoming Including The Big Horn Mountains and The Grand Teton National Park. It will be my first time back since 2011. I am excited to shoot these amazing places armed with new camera equipment, software and a clear creative mind.
In the meantime stay tuned for updates on concert reviews, photoshoots and news. Be sure to pick up Foreigners 40th Anniversary double-CD compilation release on May 19th featuring 40 hits from 40 years and some photographic history from some iconic music photographers.
You can pre-order this and other Foreigner merch at the link below.