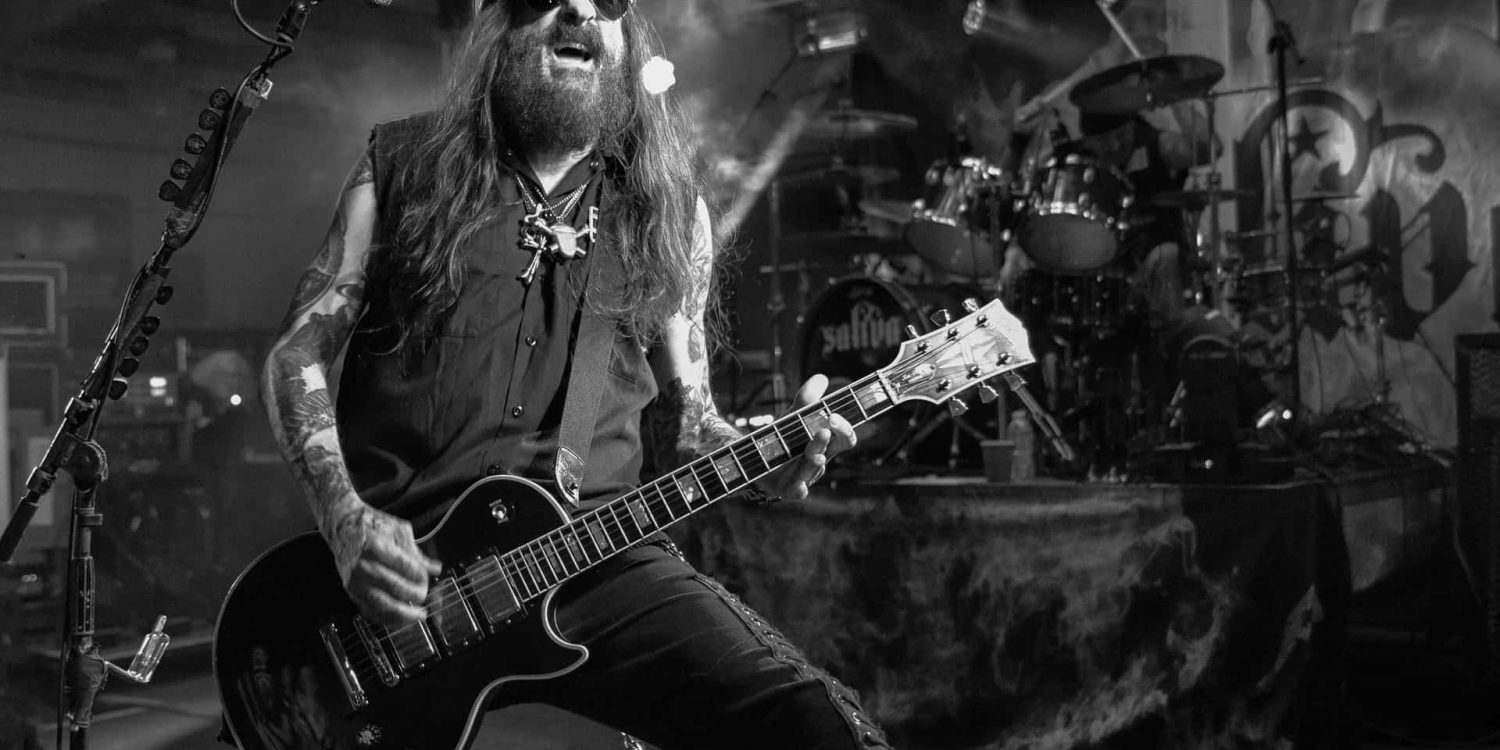 ONLY THE SICKEST SURVIVE

On Saturday June 17, 2017 the multi-platinum and Grammy Nominated

hard rock group Saliva rolled into Endicott, NY to perform in front of a fired up crowd at the Blue Moon Sound Stage at En-joie.
Having toured extensively after their career exploded in 2001 following the release of Every Six Seconds ( a certified double-platinum album), they continue to tear up the charts and road with mega hits and touring. Coming off the super star packed lineup Make America Rock Again Tour in 2016, Saliva concentrated on, over this past winter, as frontman lead singer (2011) Bobby Amaru explained to me before the show, “re-focusing and re-energizing, writing, and getting some family time in this past winter”. Bobby and Saliva did play a few intimate acoustic dates over the winter however while gearing up for what looks to be a re-loaded, re-vamped, full out high energy Saliva rock and roll tour for the summer of 2017 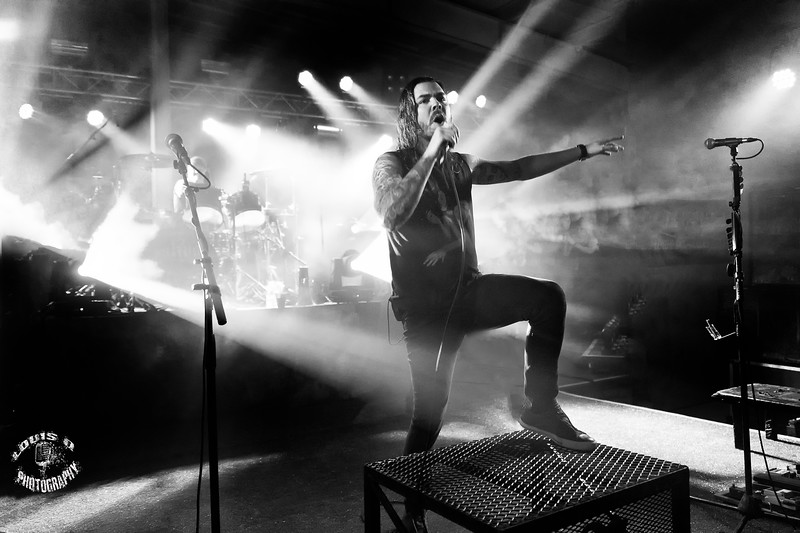 No strangers to the rigors of the road, paying the dues and hard work, Saliva has toured the USA and world with bands such as Aerosmith, Kiss as well as many other legendary rock bands. They also continue to hit up many summer stages at fairs, festivals, rallies and more each year, always putting on an amazing show for their fans. Whether they are playing in front of ten thousand or a few hundred fans, Saliva performs a kick ass energetic show every time banging out their arsenal of hits including “Always”, “Click Click Boom”, “Ladies and Gentlemen”, “Rest in Pieces”, “Superstar”, “Doperide” and many others from their multitude of albums spanning fifteen years from their 2001 release Every Six Seconds to their 2016 release Love, Lies & Therapy
Saliva’s current lineup of Bobby Amaru (2011) on vocals, former Fuel and Shinedown member Brad Stewart (2015) on bass, Paul Crosby (2000) on drums and original member Wayne Swinny on guitar are infused with new energy, drive, passion and spirit to not only keep the classic Saliva hits alive, but to breath life into new material with a much anticipated upcoming album and a new track on the horizon optimistically for August 2017 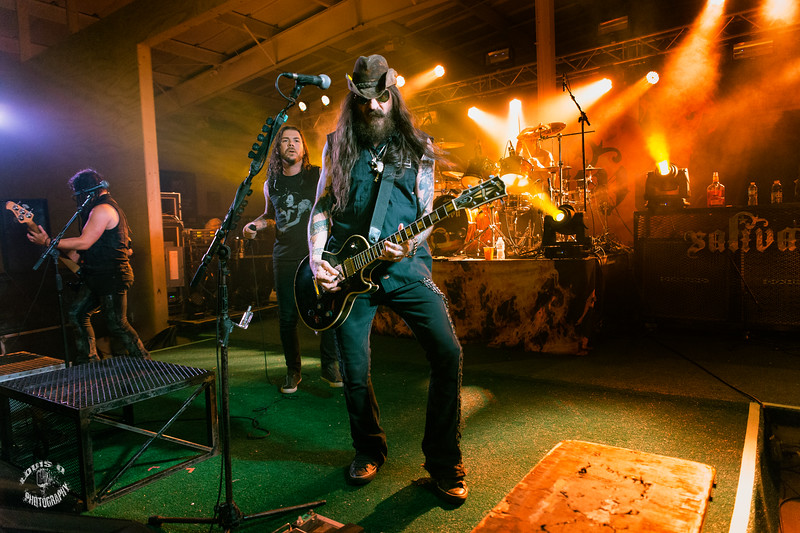 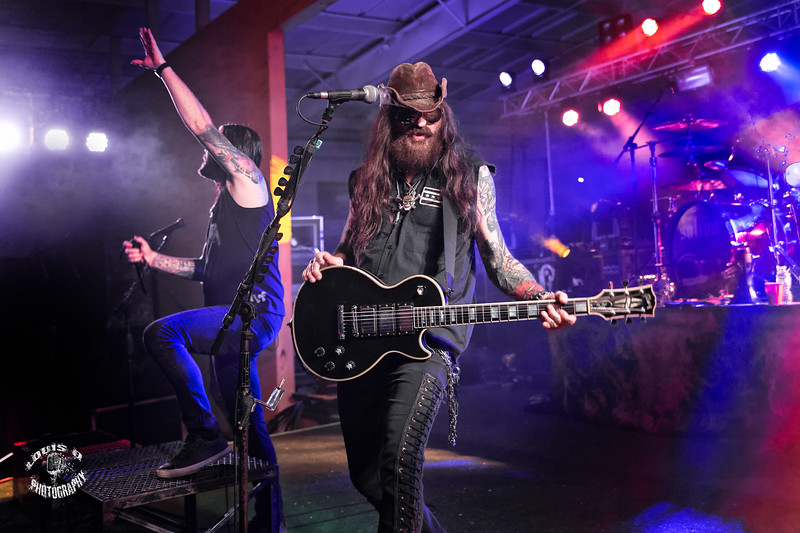 After three great local bands got the crowd primed, Saliva took the stage at 9:45 under a beautiful cool starry night and took control of the already pumped up crowd with the first of song of their set “Superstar”, followed by “Ladies and Gentlemen” and “Survival of the Sickest”. Bobby and the rest of the band worked the crowd in superb rock style, interacting with the audience, talking about the town, the club, the golf venue and of course the after show party as well as personal experiences, which made for an intimate but rock and roll infused night. Saliva continued on through the set with “Trust” from Love, Lies & Therapy, “After Me”, and the Nikki Sixx co-written “Rest in Pieces” which had the entire crowd at The Blue Moon Sound Stage singing along. Click below for a snippet of the song. 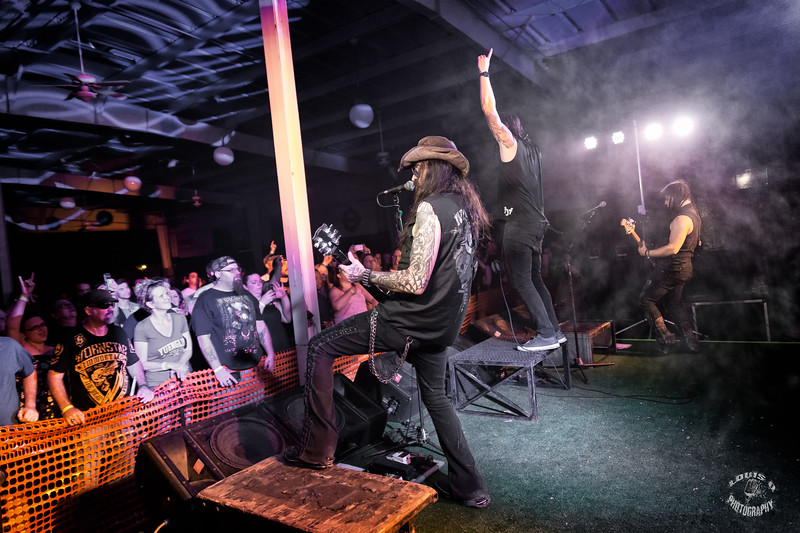 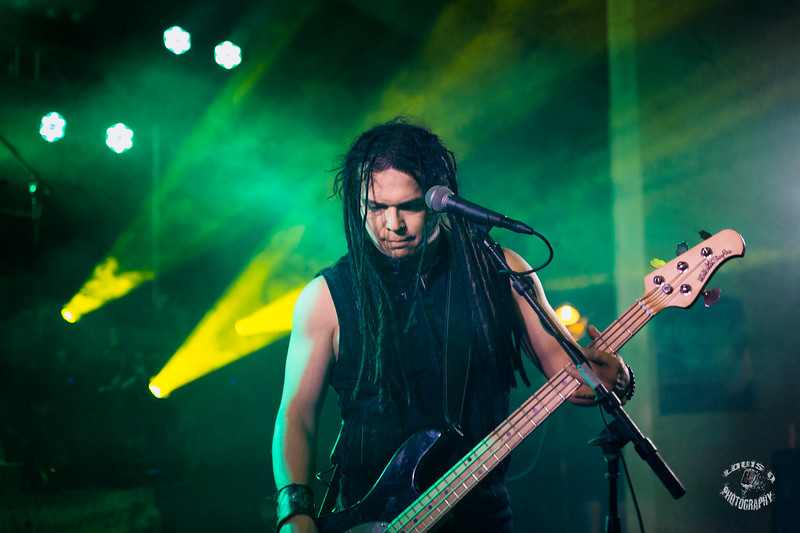 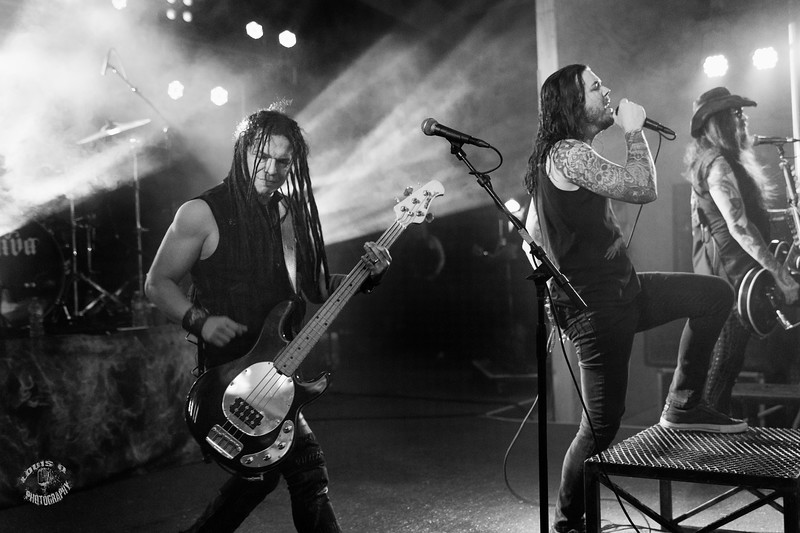 Saliva sounds better than ever and are more energetic than ever. With this new solidified line-up they are set to dominate and put on amazing shows this summer and beyond. All the guys have a new sense of vitality and excitement and it shows and transcends through the crowds night after night. They are all very thankful and humble for the fans and for the opportunity to continue to do this for the fans. Saliva is a fan band. They are very into meet and greet, signing autos, VIP experiences and hanging out. Heck, I even had the privilege of hitting a bucket of balls with Paul, their drummer, along with their manager extraordinaire and her husband. But make no mistake, as fun and down to earth as they are, they are amazing musicians who take their music and each and every show very serious and aim to put on the best performance they can night after night. 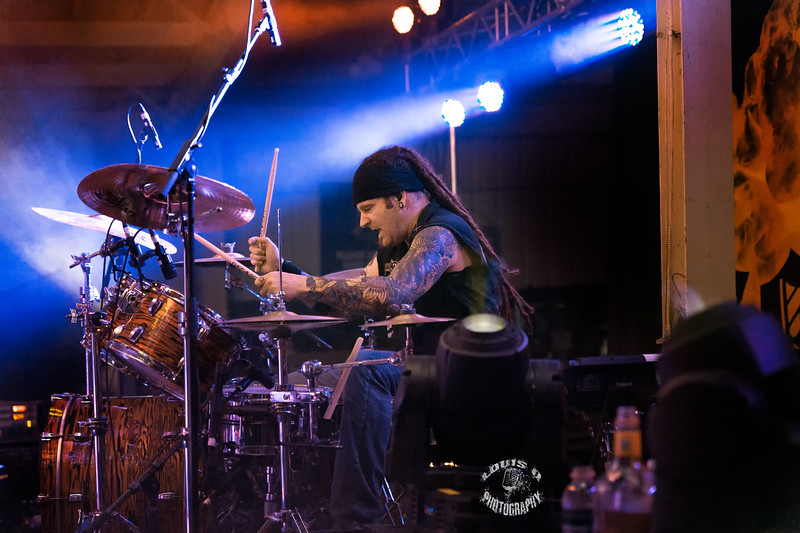 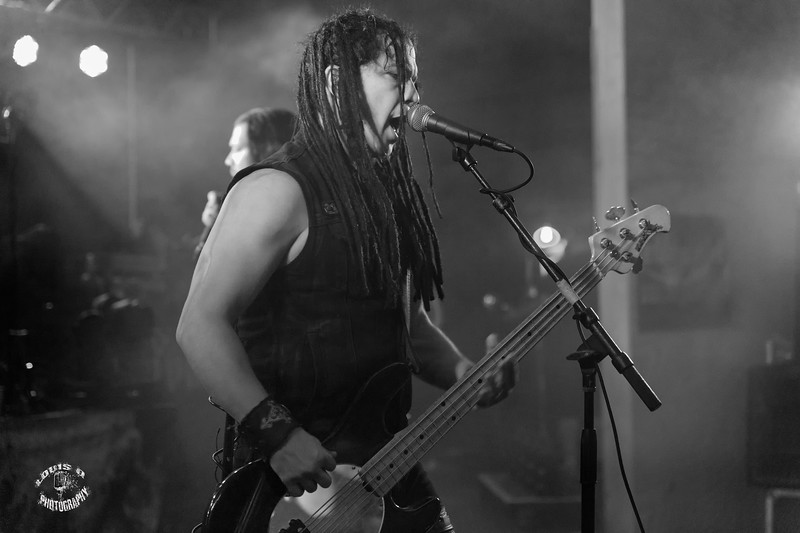 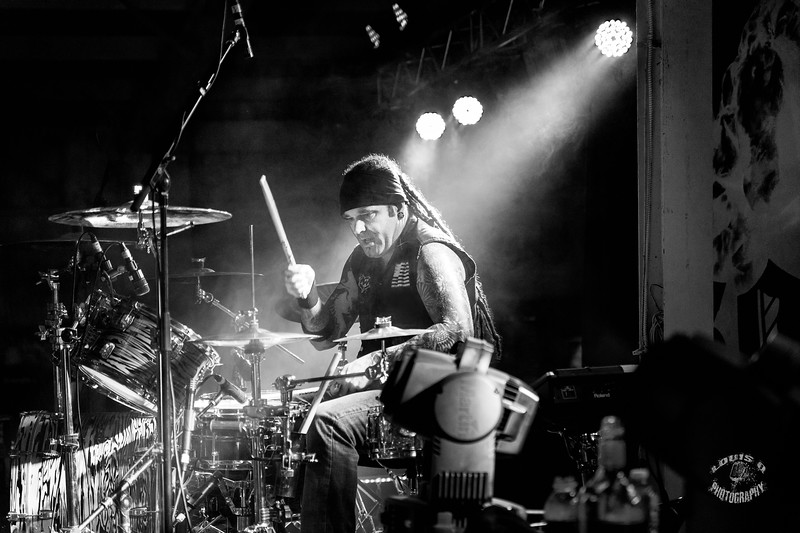 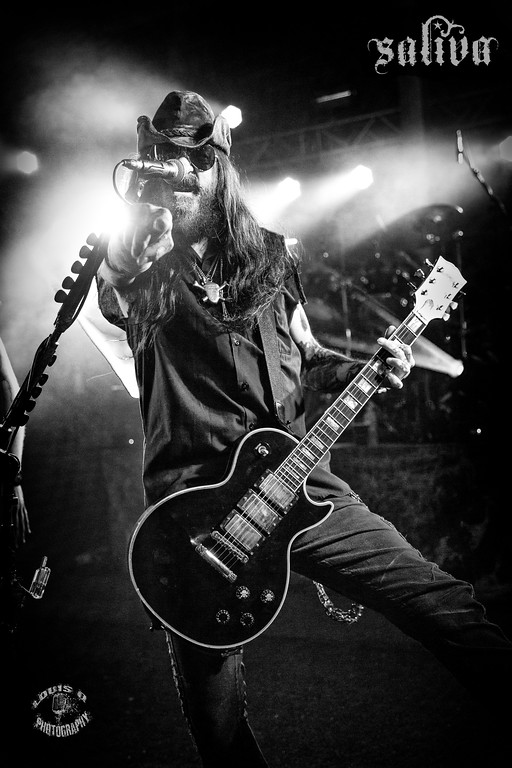 See below for full photo gallery links as well as official band links.