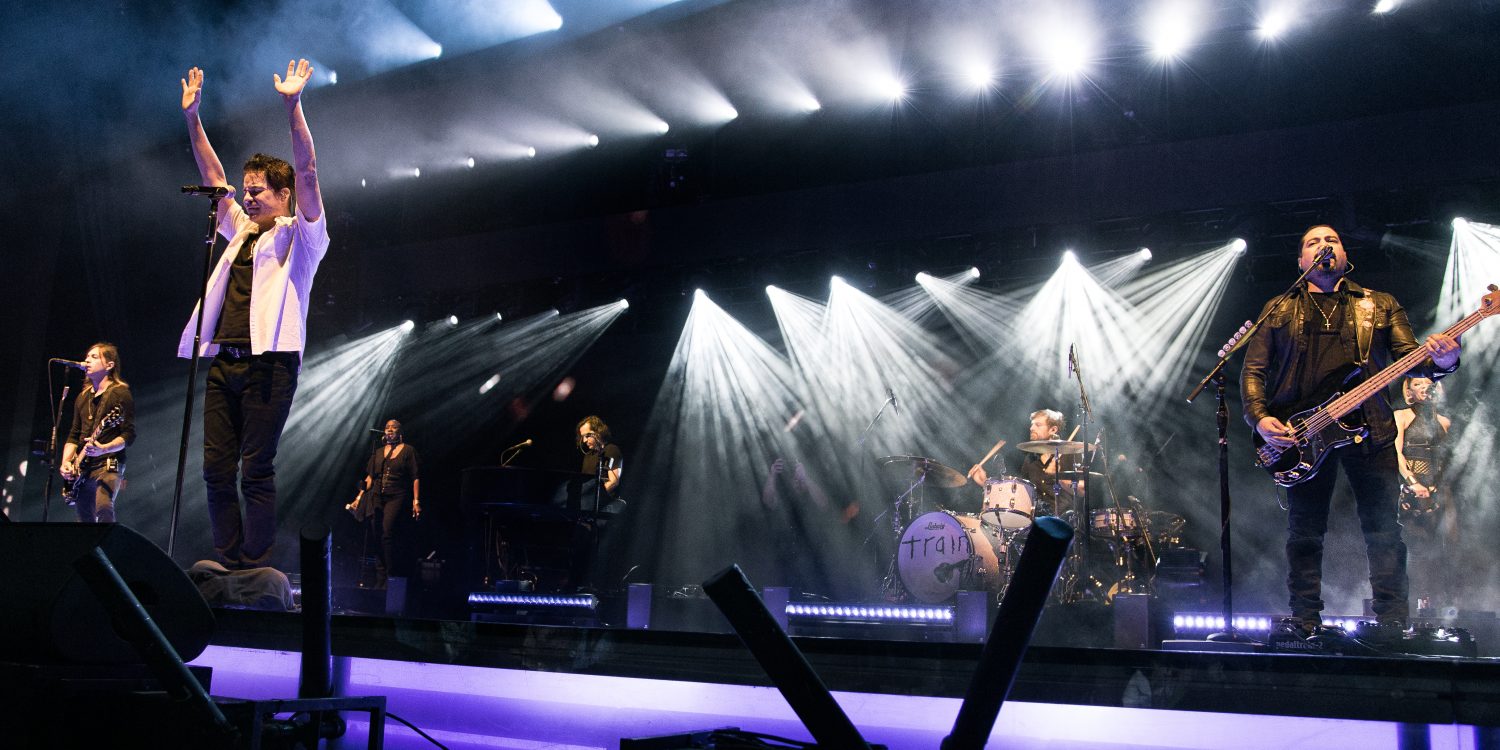 On Friday August 2, 2019 Train, The Goo Goo Dolls and Allen Stone entertained a sold out crowd on a perfect summer night at

CMAC in the Finger Lakes region of Upstate New York. All three bands brought an amazing vibe and positive energy to the evening while The Goo Goo Dolls and Train performed all their classic hits from their extensive respective catalogs from the 1990’s to present.

Kicking off the evening was Allen Stone, an amazing R&B, soulful artist from Chewelah, Washington. He and his band definitely had the sold out crowd primed and energized for the night. Stone, who has been on the scene since 2010, cites his influences as Stevie Wonder, Marvin Gaye, Aretha Franklin and other legends. Stone is a very dynamic and exceptionally entertaining showman not to mention a phenomenal singer. It is apparent in his style and performance where his musical inspiration originates. His set included his songs “Brown Eyed Lover”, “Chippin’ Away”. Pat Monahan even joined them on stage for a number. 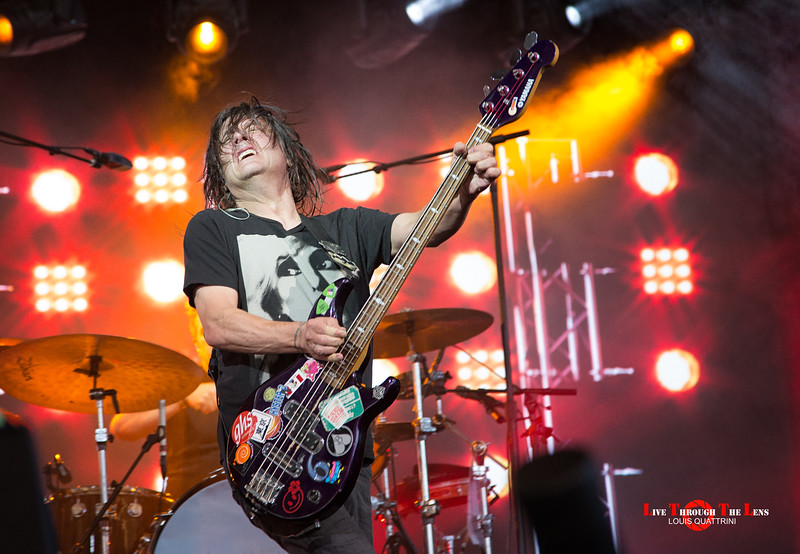 Making their way to the stage at 7:45 pm were co-headliners, The Goo Goo Dolls. The enthusiastic crowd were already on their feet in anticipation as John and Robby made their way to the stage. The Goo Goo Dolls launched their hour plus set with “Stay With You” and immediately followed with “Big Machine” before swapping out guitars. John greeted the crowd while making a reference about being close to his home town of Buffalo, NY before performing their third hit in a row “Slide”. The Goo Goo Dolls continued playing their mainstream hits spanning over two decades including “Black Balloon”, which, you guessed it, included what seemed like thousands of black balloons floating down into the crowd, as well as “Name”, and “So Alive” among others. The band closed out the night with “Iris”, and “Broadway”. They also played their new single “Miracle Pill” in support of their upcoming album of the same name due out on September 13, 2019.

Finally, taking the stage at 9:20, were co-headliner Train. Train seemed to pull all the stops on this gorgeous summer night during their performance. Not only did they play an impressive hour and forty minute – eighteen song setlist, which included two encores; They also brought along confetti and streamer cannons as well as some pretty dazzling pyro sparkle effects. Despite the cool bells and whistles that helped make for a mesmerizing and stunning visual performance, there seemed to be something else, something uplifting and moving during Train’s performance.

Train, formed in 1993 hailing from San Fransisco, CA , has been a hit producing machine since the release of their self titled debut album Train in 1998 with “Meet Virginia”. The multi-platinum selling and grammy award winning band kicked of their set with “Calling All Angels”. It was during this song when frontman, Pat Monahan put his hands up towards the sky and asked the audience to follow him in sending love to all loved ones near and far as well as those no longer with us as they sang along. Monahan’s energy seemed to emanate through the audience and back giving a sense of connection and tranquility that flowed through the venue. Train’s second song “50 Ways to Say Goodbye” incorporated blasts of colorful confetti into the audience which continued to enthrall the crowd along their third song “If It’s Love”.

Train continued throughout the night with hit after hit including “Meet Virginia”, which featured a blazing solo by guitarist Luis Maldonado, “Hey Soul Sister”, “Play That Song”, as well as a house rocking rendition of Queen’s “Under Pressure” and Tom Petty’s “American Girl” when John Rzeznik of The Goo Goo Dolls joined them on stage. Allen Stone also made a guest stage appearance for Train’s song “Bruises”. Train ended the night with two encores including Led Zeppelin cover “Heartbreaker” and finally “Drops of Jupiter” which also included visually stunning pyro. Train rocked into the night with the energy and power of a locomotive steaming full ahead, yet the atmosphere was fun, happy, peaceful and positive. I mean with balloons, beach balls, streamers, confetti and sparklers, the show was definitely a fun experience for all that attended. Despite the fun positive hoopla, let’s not forget about all the songs that these two bands with over 50 years of combined experience deliver flawlessly night after night while still having a blast and keeping their crowds entertained and dancing til the last drop.

TO VIEW PHOTOS FROM THIS SHOW CLICK THE FOLLOWING LINKS: