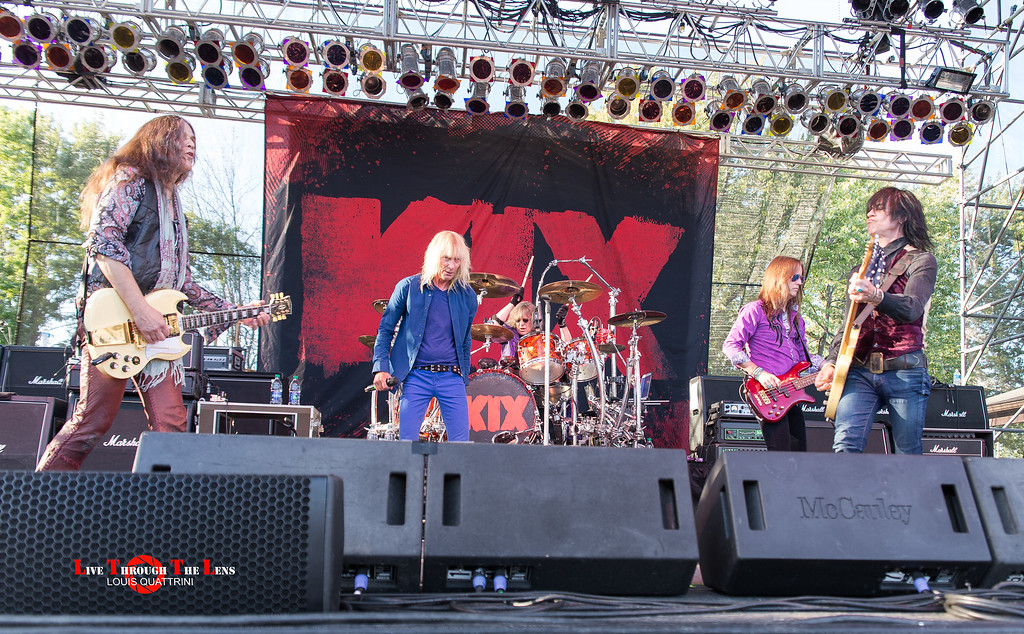 On Saturday September 21, 2019 the veteran hard rock band Kix rolled into Tags Summer Stage in Big Flats, NY along with other 80’s iconic rock bands RATT, Warrant and Firehouse for a night of rock and roll reminiscing with gutsy gritty guitars, thundering bass, pounding drums, classic hits and power ballads. The entire 6 hour concert was abounding with that quintessential big driving eighties sound, par can lights, iconic riffs, screaming guitar solos, and lots of hair (for those who still have it) along with plentiful lipstick and leather and vintage concert T’s both onstage and throughout the crowd. For many, 30 years ago seemed like yesterday and we were transported back to 1989.

Kicking off the night, Kix hit the stage at 5:30 pm and began figuratively blowing fuses with their jaw dropping performance. Never missing a beat, Kix hit the ground running and never slowed down a for second during their hour long set. Steve Whiteman’s vocals were as strong and solid as ever and still hit those high notes effortlessly. Whiteman, who has been out front revving up the crowds for nearly four decades with his charismatic and highly energetic stage presence, ran out on stage wearing all blue as the band kicked into their opening number “Midnite Dynamite”. It would appear that Whiteman has avoided the fate of many rock frontmen of his generation and has withstood the test of time as he still has the pipes, stage presence,  and energy of performers half his age.

Kix, hailing from Hagerstown, Maryland formed in late 1977 by Ronnie “10/10” Younkins, Brian “Damage” Forsythe and Donnie Purnell, with drummer Jimmy Chalfant and frontman Whiteman coming on board shortly after. Kix released their debut self titled album Kix in 1981 followed up by Cool Kids in 1983 and Midnite Dynamite in 1985. It was after their release of their platinum album Blow My Fuse in 1988 when the band experienced major commercial success with the hits “Blow My Fuse”, “Cold Blood”, and the power ballad “Don’t Close Your Eyes” which reached number 11 on the Billboard 100. 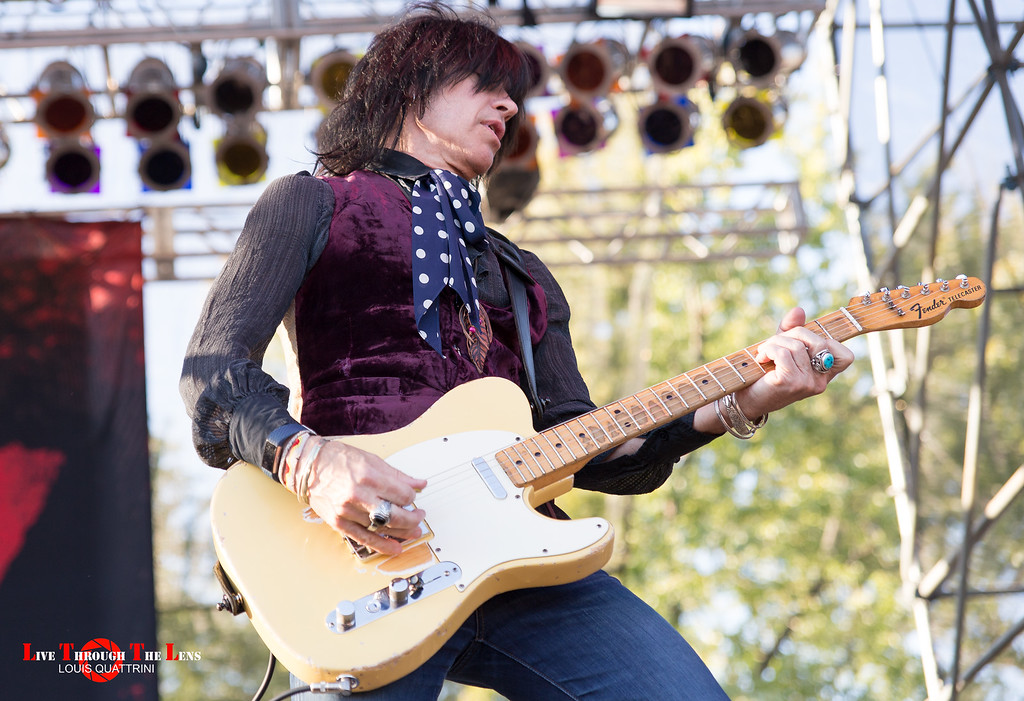 Despite being the first band in this classic line-up, many fans felt that Kix stole the show hands down with their no frills, in your face straight up rock and roll. As stated previously, Whitemans’s vocals were spot on superb. Both guitarists Younkins and Forsythe, although not overly flashy, were highly impressive with their style of playing and musicianship. Each yielding exquisitely beautiful guitars, their tone was magnificent as they complimented each others unmistakable style. Rounding out the astounding musicians in Kix were drummer Chalfant and newest member (2003) bass player Mark Schenker. Talk about a rock and roll bottom end, these two had the air moving. I’m sure the fans in the lawn section could feel the power emanating from the subs as the bottom end exploded like thunder.

Kix’s dominating performance unequivocally stunned the large crowd at Tags Summer Stage with their dynamic show stopping 10 song set. Their set included the opening number “Midnite Dynamite” as well as favorites “Get It While It’s Hot”, “Cold Blood”, and “Don’t Close Your Eyes”. For a veteran rock band with a career that spans over forty years, Kix is proving to generations of fans, new and old, that they are timeless and still in charge. With seven studio albums under their belt, there are an array of songs in their catalog from the classics to the lesser known that they can pull out any night leaving the crowd wanting for more. Kix  is a must see, whether you are a die hard fan of the band or rock in roll in general, or someone who is looking to see how rock and roll is supposed to look and sound. Do yourselves a favor and experience rock and roll at its finest.

TO VIEW PHOTOS FROM THIS SHOW CLICK THE FOLLOWING LINKS:

Kix Setlist: Midnite Dynamite, No Ring Around Rosie, Get It While It’s Hot, Girl Money, Love Me With Your Top Down, Don’t Close Your Eyes, Same Jane, Cold Blood, Blow My Fuse